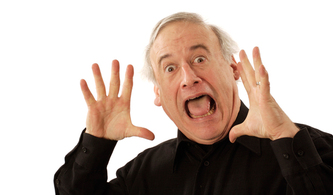 He studied to become a Jesuit priest, but decided he would rather work with children after jobs at orphanages and daycare centers. In 1973, he received a Master of Education in Child Studies from Tufts University. In 1975 he moved to Canada to work at the preschool at the University of Guelph in Guelph, Ontario. He also taught in the Department of Family Studies at the University of Guelph as a lecturer and as an assistant professor. In Guelph he was encouraged to publish the many stories he made up for the children he worked with.

Munsch's wife delivered two stillborn babies in 1979 and 1980. Out of the tragedy, he produced one of his best-known books, Love You Forever. This book was listed fourth on the 2001 Publishers Weekly All-Time Best selling Children's Books list for paperbacks at 6,970,000 copies (not including the 1,049,000 hardcover copies). The Munsches have since become adoptive parents of Julie, Andrew and Tyya (see them all in Something Good!)

Munsch has obsessive-compulsive disorder and has also suffered from manic depression. In August 2008, Munsch suffered a stroke that affected his ability to speak in normal sentences. He has recovered enough that he is able to perform live, but has put his writing career on hold until he is fully recovered.

Robert Munsch is the author of books: Love You Forever, The Paper Bag Princess, Stephanie's Ponytail, Thomas' Snowsuit, Purple, Green and Yellow, Mortimer, I Have to Go!, 50 Below Zero, Something Good, Murmel, Murmel, Murmel

Love You Forever
An extraordinarily different story by Robert Munsch is a gentle affirmation of the love a parent feels for their child--forever. Sheila McGraw's soft and colorful pastels perfectly complement the sentiment of the book--one that will be read repeatedly for years.
02

The Paper Bag Princess
The Princess Elizabeth is slated to marry Prince Ronald when a dragon attacks the castle and kidnaps Ronald. In resourceful and humorous fashion, Elizabeth finds the dragon, outsmarts him, and rescues Ronald--who is less than pleased at her un-princess-like appearance. Full color.
03

Stephanie's Ponytail
None of the kids in her class wear a ponytail, so Stephanie decides she must have one. The loud, unanimous comment from her classmates is: “Ugly, ugly, very ugly.” Steadfast, when all the girls have copied her ponytail, she resolves to try a new style. With true Munsch flair, each of Stephanie’s ponytails is more outrageous than the last, while the cast of copycats grows and grows.
04

Thomas' Snowsuit
Thomas refuses to wear his new snowsuit despite the pleas of his mother, his teacher, and even his principal.
05

Purple, Green and Yellow
Brigid really loves markers. But when she draws on herself with super-permanent ink, she knows that spells trouble.
06

Mortimer
Mortimer is the story “... of a little boy who won’t go to sleep at night and who drives his family crazy with his rowdiness ... [It] reads as though it was written by a parent driven frantic by one of the contemporary but compulsive stages of childrearing ... [It is] of tremendous appeal to kids and parents at the same stage.”—Globe and Mail
07

I Have to Go!
The ever-popular story of a little boy in the throes of toilet training.
08

50 Below Zero
Jason’s dad falls asleep everywhere … except in his own bed. All night long, Jason gets woken up by strange noises that lead him to find his dad in the most unexpected places—from on top of the refrigerator to the freezing cold woods outside his house. In order to finally get a good night’s sleep, Jason musters up all of his resources and comes up with a most unexpected solution—tying his dad’s toe to the bathroom doorknob to keep him in place.
09

Something Good
“Something good” is exactly what Tyya, Andrew and Julie want to put into their shopping cart. Tyya’s dad won’t buy anything good at the store—no ice cream, no candy, no cookies. But when Daddy gets fed up and tells Tyva to "Stand here and Don't Move!" Tyva knows she's in big trouble... and that's when the story becomes Munsch's own, witty and warm.
10

Murmel, Murmel, Murmel
What in the world is Robin going to do with the baby she finds in her sandbox? “Murmel, murmel, murmel,” is all Robin hears coming from a hole in her sandbox. When she reaches down and out pops a baby, she finds herself in a real fix: who will take care of it? Robin’s too little! Off she goes, searching her neighborhood for someone who needs a baby. The woman with seventeen cats doesn’t want the baby. Nor does the grumpy man by the bus stop. It looks as though all hope is lost, until a friendly truck driver passes by. He offers to trade his truck for the baby—an exchange Robin can’t refuse.