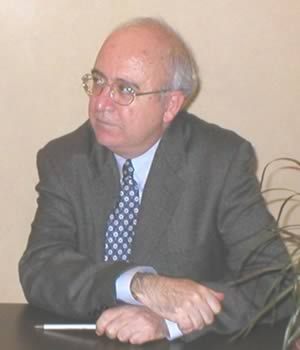 Michael A. Cremo (born July 15, 1948), is an American freelance researcher who identifies himself as a Vedic creationist and an "alternative archeologist" and argues that humans have lived on Earth for millions of years. In case of artifacts allegedly found in the Eocene auriferous gravels of Table Mountain, California and discussed in his book, Forbidden Archeology, Cremo argues for the existence of modern man on Earth as long as 30 to 40 million years ago.

Forbidden Archeology: The Hidden History of the Human Race
Over the past two centuries archeologists and anthropologists have ignored, forgotten and suppressed vast quantities of evidence showing that human beings like ourselves have existed on this planet for tens of millions of years.
Forbidden Archeology documents a systematic process of "knowledge filtration" and constitutes a serious challenge to the Darwinian theory of evolution.
02

The Hidden History of the Human Race: The Condensed Edition of Forbidden Archeology
Over the centuries, researchers have found bones and artefacts proving that humans have existed for millions of years. Mainstream science, however has suppressed these facts. Prejudices based on scientific theory act as a 'knowledge filter', giving us a picture of prehistory that is largely inaccurate. This book reveals this hidden history.
03

Human Devolution: A Vedic Alternative to Darwin's Theory
In their controversial bestseller Forbidden Archeology, Cremo and Thompson documented evidence showing that humans have existed on earth for hundreds of millions of years and catalyzed a global inquiry. Such anomalous evidence, contradicting Darwinian evolution, catalyzed a global inquiry: “If we did not evolve from apes then where did we come from?”

Human Devolution is Michael A. Cremo’s definitive answer to that question: “We did not evolve up from matter; instead we devolved, or came down, from the realm of pure consciousness, spirit.”

Basing his response on modern science and the world’s great wisdom traditions, including the Vedic philosophy of ancient India, Cremo proposes that before we ask the question, “Where did human beings come from?” we should first contemplate, “What is a human being?”

For much of the twentieth century, most scientists assumed that a human being is simply a combination of ordinary physical elements. In Human Devolution, Cremo says it is more reasonable to assume that a human being is a combination of three distinct substances: matter, mind, and consciousness (or spirit). He shows how solid scientific evidence for a subtle mind element and a conscious self that can exist apart from the body has been systematically eliminated from mainstream science by a process of “knowledge filtration.”
04

Forbidden Archeologist: The Atlantis Rising Magazine
Michael Cremo, an international authority on human antiquity, has justly earned the “forbidden archeologist” title. For over twenty-seven years he's been digging up documented, credible findings that mainstream archeologists don't want you to know about—discoveries in the fossil record that tell a completely different story from Darwinian evolution. His latest book, The Forbidden Archeologist, presents his research at international scientific conferences, comments on the latest discoveries and “missing links,” examines famous archeological sites such as the Sterkfontein Caves—the alleged cradle of humanity—and responds to mixed reactions to his books, now translated into twenty-six languages. This collection of forty-nine articles published in Atlantis Rising magazine is like the Cliff Notes on his best-selling, encyclopedic Forbidden Archeology and formidable Human Devolution. Readers will quickly understand the strongest arguments and remarkable discoveries that reveal evolution as a failing theory.
05

Divine Nature: A Spiritual Perspective on the Environmental Crisis
07

This book is a collection of 24 papers that Michael A. Cremo, who is not a professional scientist, presented at scientific and academic conferences. Versions of some of these papers have appeared in peer-reviewed academic publications. In these papers, Cremo explores the relationship between science and religion, in terms of his specific scientific and religious commitments.

Many of the papers in this book deal with archeological evidence for extreme human antiquity, consistent with the Puranic histories. Other papers explore the history of archeology in India. In his book Human Devolution, Cremo presented a Vedic alternative to the current theory of human origins. Some of the papers in My Science, My Religion are related to this topic.

Disinformation Guide to Ancient Aliens, Lost Civilizations, Astonishing Archaeology and Hidden History
Where did "modern" civilization begin? What lies beneath the waves? Do myths describe interstellar impact? How'd they lift that stone? Was the Ark of the Covenant a mechanical device? Were there survivors of an Atlantean catastrophe? Who really discovered the "New" World?
"Hidden history" continues to fascinate an ever wider audience. In this massive compendium, editor Preston Peet brings together an all-star cast of contributors to question established wisdom about the history of the world and its civilizations. Peet and anthology contributors guide us through exciting archeological adventures and treasure hunts, ancient mysteries, lost or rediscovered technologies, and assorted "Forteana," using serious scientific studies and reports, scholarly research, and some plain old fringe material, as what is considered "fringe" today is often hard science tomorrow.
Contributors include: Graham Hancock ("Fingerprints of the Gods" and " Underworld"), David Hatcher Childress ("Lost Cities and Civilizations" series), Colin Wilson ("From Atlantis to the Sphinx"), Michael Cremo ("Forbidden Archeology"), William Corliss ("Ancient Infrastructures"), Robert Schoch ("Voyages of the Pyramid Builders"), John Anthony West ("Serpent in the Sky"), Michael Arbuthnot ("Team Atlantis"), Erich Von Daniken ("Chariots of the Gods"), and many more.
10

Rethinking Darwin: A Vedic Study of Darwinism and Intelligent Design
For more than a century, Charles Darwin's theory of evolution has been the theoretical framework, the 'paradigm', in mainstream biology and related life-sciences. Nevertheless, great advances in biochemistry over the past decades have created an Intelligent Design opposition which maintains that the theory of evolution is beset with anomalies.

In Rethinking Darwin, Danish science writer Leif A. Jensen, in collaboration with leading Intelligent Design proponents such as Dr. Michael Behe, Dr.William Dembski, and Dr. Jonathan Wells, points out flaws in the Darwinian paradigm and examines the case for intelligent design.

The argument for design is next expanded with further evidence from palaeontology, archeology, cosmology, and studies of consciousness. Finally, based on the irreducible nature of consciousness, the book suggests an alternative paradigm drawn from India's ancient Vedic philosophy of nature.