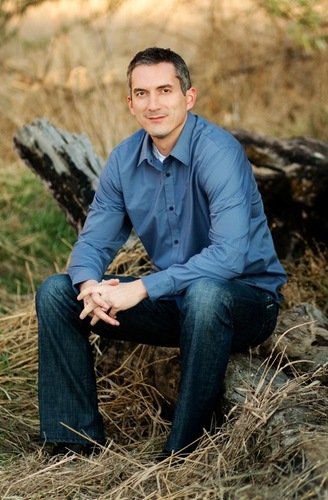 James is the author of THE MAZE RUNNER trilogy and THE 13TH REALITY series. He also published a series (beginning with A DOOR IN THE WOODS) with a small publisher several years ago. He lives and writes in the Rocky Mountains.

When Thomas wakes up in the lift, the only thing he can remember is his name. He’s surrounded by strangers—boys whose memories are also gone.

Nice to meet ya, shank. Welcome to the Glade.

Outside the towering stone walls that surround the Glade is a limitless, ever-changing maze. It’s the only way out—and no one’s ever made it through alive.

Everything is going to change.

Then a girl arrives. The first girl ever. And the message she delivers is terrifying.

The Scorch Trials (The Maze Runner, #2)
Solving the Maze was supposed to be the end.

Thomas was sure that escape from the Maze would mean freedom for him and the Gladers. But WICKED isn’t done yet. Phase Two has just begun. The Scorch.

There are no rules. There is no help. You either make it or you die.

The Gladers have two weeks to cross through the Scorch—the most burned-out section of the world. And WICKED has made sure to adjust the variables and stack the odds against them.

Friendships will be tested. Loyalties will be broken. All bets are off.

There are others now. Their survival depends on the Gladers’ destruction—and they’re determined to survive.
03

WICKED has taken everything from Thomas: his life, his memories, and now his only friends—the Gladers. But it’s finally over. The trials are complete, after one final test.

What WICKED doesn’t know is that Thomas remembers far more than they think. And it’s enough to prove that he can’t believe a word of what they say.

The truth will be terrifying.

Thomas beat the Maze. He survived the Scorch. He’ll risk anything to save his friends. But the truth might be what ends it all.

The Kill Order (The Maze Runner, #4)
Before WICKED was formed, before the Glade was built, before Thomas entered the Maze, sun flares hit the earth and mankind fell to disease.

Mark and Trina were there when it happened, and they survived. But surviving the sun flares was easy compared to what came next. Now a disease of rage and lunacy races across the eastern United States, and there’s something suspicious about its origin. Worse yet, it’s mutating, and all evidence suggests that it will bring humanity to its knees.

Mark and Trina are convinced there’s a way to save those left living from descending into madness. And they’re determined to find it—if they can stay alive. Because in this new, devastated world, every life has a price. And to some, you’re worth more dead than alive.
05

The Eye of Minds (The Mortality Doctrine, #1)
Michael is a gamer. And like most gamers, he almost spends more time on the VirtNet than in the actual world. The VirtNet offers total mind and body immersion, and it’s addictive. Thanks to technology, anyone with enough money can experience fantasy worlds, risk their life without the chance of death, or just hang around with Virt-friends. And the more hacking skills you have, the more fun. Why bother following the rules when most of them are dumb, anyway?

But some rules were made for a reason. Some technology is too dangerous to fool with. And recent reports claim that one gamer is going beyond what any gamer has done before: he’s holding players hostage inside the VirtNet. The effects are horrific—the hostages have all been declared brain-dead. Yet the gamer’s motives are a mystery.

The government knows that to catch a hacker, you need a hacker.

And they’ve been watching Michael. They want him on their team.

But the risk is enormous. If he accepts their challenge, Michael will need to go off the VirtNet grid. There are back alleys and corners in the system human eyes have never seen and predators he can’t even fathom—and there’s the possibility that the line between game and reality will be blurred forever.
06

The Fever Code (The Maze Runner, #5)
Once there was a world’s end.

The forests burned, the lakes and rivers dried up, and the oceans swelled.

Then came a plague, and fever spread across the globe. Families died, violence reigned, and man killed man.

Next came WICKED, who were looking for an answer. And then they found the perfect boy.

The boy’s name was Thomas, and Thomas built a maze.

Now there are secrets.

And there are loyalties history could never have foreseen.

This is the story of that boy, Thomas, and how he built a maze that only he could tear down.

All will be revealed.
07

Michael completed the Path. What he found at the end turned everything he’d ever known about his life—and the world—completely upside down.

He barely survived. But it was the only way VirtNet Security knew to find the cyber-terrorist Kaine—and to make the Sleep safe for gamers once again. And, the truth Michael discovered about Kaine is more complex than they anticipated, and more terrifying than even the worst of their fears.

Kaine is a tangent, a computer program that has become sentient. And Michael’s completing the Path was the first stage in turning Kaine’s master plan, the Mortality Doctrine, into a reality.

The Mortality Doctrine will populate Earth entirely with human bodies harboring tangent minds. Any gamer who sinks into the VirtNet risks coming out with a tangent intelligence in control of their body.

And the takeover has already begun.
08

The Journal of Curious Letters (The 13th Reality, #1)
What if every time you made a choice that had a significant consequence, a new, alternate reality was created--the life that would've been had you made the other choice? What if those new realities were in danger? What if it fell to you to save all the realities?

Atticus Higginbottom, a.k.a. Tick, is an average thirteen-year-old boy until the day a strange letter arrives in his mailbox. Postmarked from Alaska and cryptically signed with the initials "M.G.," the letter informs Tick that dangerous--perhaps even deadly--events have been set in motion that could result in the destruction of reality itself. M.G. promises to send Tick twelve riddles that will reveal on a certain day, at a certain time, at a certain place, something extraordinary will happen.

Will Tick have the courage to follow the twelve clues M.G. sends to him? Will he be able to solve the riddles in time? Will Tick discover the life he was meant to live?

The first volume of an outstanding new children's fantasy series, The Journal of Curious Letters is filled with adventure, humor, riddles, and, oh, yes--danger... As M.G. warns Tick, Very frightening things are coming your way. Will you join Tick and his friends on an amazing journey through the Realities? What will your choice be?
09

The Hunt for Dark Infinity (The 13th Reality, #2)
Its been a quiet summer for Tick, Paul, and Sofia, but the latest message from Master George changes everything.
10

The Maze Runner Trilogy (Maze Runner, #1-3)
The perfect gift for fans of The Hunger Games and Divergent, this boxed set of the paperback editions of James Dashner's New York Times bestselling series includes The Maze Runner, The Scorch Trials, and The Death Cure. The Maze Runner motion picture featuring the star of MTV's Teen Wolf, Dylan O'Brien; Kaya Scodelario; Aml Ameen; Will Poulter; and Thomas Brodie-Sangster, and hits theaters September 19, 2014 Also look for James Dashner's newest book The Eye of Minds, book one in the Mortality Doctrine series.
If you ain't scared, you ain't human.
When Thomas wakes up in the lift, the only thing he can remember is his name. He's surrounded by strangers--boys whose memories are also gone.
Nice to meet ya, shank. Welcome to the Glade.
Outside the towering stone walls that surround the Glade is a limitless, ever-changing maze. It's the only way out--and no one's ever made it through alive.
Everything is going to change.
Then a girl arrives. The first girl ever. And the message she delivers is terrifying.
Remember. Survive. Run.
Praise for the Maze Runner series:
A] mysterious survival saga that passionate fans describe as a fusion of Lord of the Flies, The Hunger Games, and Lost.--EW.com
Wonderful action writing--fast-paced...but smart and well observed.--Newsday
A] nail-biting must-read.--Seventeen.com
Breathless, cinematic action. --Publishers Weekly
Heart-pounding to the very last moment. --Kirkus Reviews
Exclamation-worthy. --Romantic Times
STAR] James Dashner's illuminating prequel The Kill Order] will thrill fans of this Maze Runner series] and prove just as exciting for readers new to the series. --Shelf Awareness, Starred