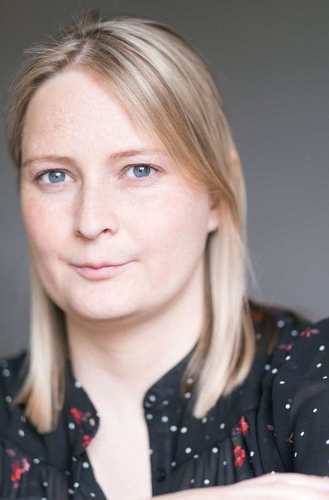 Ruth Heald is a psychological thriller writer from a suburban Buckinghamshire town. She studied Economics at Oxford and then worked in an eclectic mix of sectors from nuclear decommissioning to management consulting.

Seeking a more creative environment, she found a role at the BBC and worked there for nine years before leaving to write full time. Ruth is fascinated by psychology and finding out what drives people to violence, destruction and revenge. She's married with two children and her novels explore our greatest fears in otherwise ordinary, domestic lives.

Ruth Heald is the author of books: The Mother's Mistake, The Woman Upstairs

The Mother's Mistake
Everyone makes mistakes. But does everyone deserve to be forgiven?

She runs past the tinkling of children’s laughter that fills the park. Heart hammering, she reaches the riverbank, breath catching in her throat as her eyes take in the small body, tangled in the reeds, pale and lifeless.

Claire’s life is picture perfect. A new home in the countryside. A new-born baby. A doting husband by her side.

But behind closed doors, her life is falling apart.

And when a threatening note is posted through her letterbox, saying she doesn’t deserve her daughter, it’s clear that someone knows about her past…

Someone knows that Claire doesn’t deserve her perfect life. Someone’s going to do everything in their power to destroy it.

An atmospheric, chilling and absolutely unputdownable psychological thriller about a mother’s worst nightmare. Fans of K.L. Slater, Shalini Boland and The Girl on the Train will love the twists, turns and gasp-worthy shocks of this stunning debut from Ruth Heald.
02

The Woman Upstairs
Everyone has a past. But not everyone escapes unharmed.

Starting a new family can be daunting for a young mother. But luckily for Katie, pregnant with twin girls, she has Ian and Paula.

Ian, her devoted partner, will go to the ends of the earth for their babies.

Paula, who Katie hires to help, will support her through the ups and downs of early motherhood.

But then Ian vanishes. He misses the births of their daughters, won’t answer Katie’s calls or reply to her messages.

When she discovers red-stamped overdue bills and maxed-out credit cards, she’s forced to question if she knows the father of her children at all.

More than ever, Katie needs help. She doesn’t know how she would cope without Paula waking in the middle of the night to the babies’ cries, keeping the place spotless.

Just as she’s starting to settle, Ian turns up. He’s furious at Paula’s presence in their home, accusing her of controlling Katie and the girls. Meanwhile, Paula doesn’t want Ian back in the house, or anywhere near the twins.

Caught between the two, Katie has no idea who to trust. Someone is telling her guilty lies – but who?

And as the truth finally emerges, how far will she have to go to save her daughters?

One of the most twisted, shocking, heart-stopping psychological thrillers you’ll ever read! Fans of K.L. Slater, The Wife Between Us and The Girl on the Train, prepared to be kept up way past your bedtime as you race through this addictive page-turner.