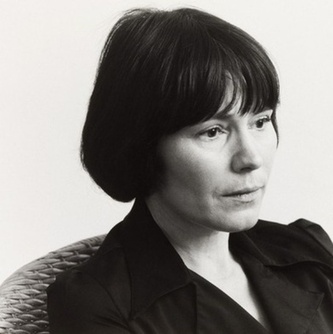 Kristof's first steps as a writer were in the realm of poetry and theater (John et Joe, Un rat qui passe), which is a facet of her works that did not have as great an impact as her trilogy. In 1986 Kristof’s first novel, The Notebook appeared. It was the beginning of a moving trilogy. The sequel titled The Proof came 2 years later. The third part was published in 1991 under the title The Third Lie. The most important themes of this trilogy are war and destruction, love and loneliness, promiscuous, desperate, and attention-seeking sexual encounters, desire and loss, truth and fiction.

She has received the European prize for French literature for The Notebook. This novel was translated in more than 30 languages. In 1995 she published a new novel, Yesterday. Kristof also wrote a book called L'analphabète (in English The Illiterate) and published in 2004. This is an autobiographical text. It explores her love of reading as a young child, and we travel with her to boarding school, and over the border to Austria, and then to Switzerland. Forced to leave her country due to the failure of the anti-communist rebellion, she hopes for a better life in Zurich.

The majority of her works were published by Editions du Seuil in Paris. She has two new short stories published at Mini Zoe collection entitled "Ou es-tu Mathias" and "Line, le temps". The names Mathias and Line are from her previous novels.

The Notebook, The Proof, The Third Lie: Three Novels
These three internationally acclaimed novels have confirmed Agota Kristof's reputation as one of the most provocative exponents of new-wave European fiction. With all the stark simplicity of a fractured fairy tale, the trilogy tells the story of twin brothers, Claus and Lucas, locked in an agonizing bond that becomes a gripping allegory of the forces that have divided "brothers" in much of Europe since World War II. Kristof's postmodern saga begins with The Notebook, in which the brothers are children, lost in a country torn apart by conflict, who must learn every trick of evil and cruelty merely to survive. In The Proof, Lucas is challenging to prove his own identity and the existence of his missing brother, a defector to the "other side." The Third Lie, which closes the trilogy, is a biting parable of Eastern and Western Europe today and a deep exploration into the nature of identity, storytelling, and the truths and untruths that lie at the heart of them all. "Stark and haunting." - The San Francisco Chronicle; "A vision of considerable depth and complexity, a powerful portrait of the nobility and perversity of the human heart." - The Christian Science Monitor.
02

The Proof & The Third Lie: Two Novels
The child says, ‘That’s the only difference between the dead and those who go away, isn’t it? Those who aren’t dead will return.’
Lucas says, ‘But how do we know they aren’t dead when they’re away?’
‘We can’t know.’

Following on from The Notebook, which recounted the survival of twin brothers during war and occupation, The Proof and The Third Lie complete the trilogy of novels in which Kristof, as an emigré writer, forged wholly distinctive ways to treat the 20th-century European experience of war, occupation and separation.

As the brothers Claus and Lucas, isolated in different countries, yearn for the seemingly impossible restoration of their lost connection, perspectives shift, memories diverge, identity becomes unstable. Written in Kristof ’s spare, direct style, the novels are an exploration both of the aftereffects of trauma and of the nature of story-telling.

‘At the heart of this acrid trilogy, in all its studied understatement and lack of portentousness, we can feel the author’s slow-burning rage at the wholesale erasure of certainty and continuity in the world of her childhood and adolescence. At the same time we sense Kristof saturninely enjoying this annihilation for its imaginative potential. She will reassemble a shattered world on her own rigorous terms, and watch us wince and shudder in the process.’
– Jonathan Keates, Times Literary Supplement